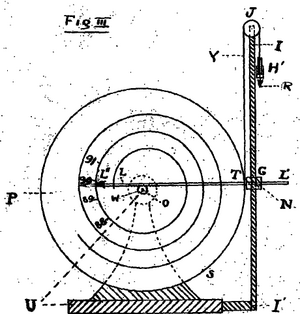 "Plane-trigonometry calculators.-Relates to apparatus for calculating the height of aircraft or other objects from the observations of a longhome-base range-finder of the type in which at each station a plane is (in effect) rotated about a horizontal axis perpendicular to the base line until it passes through the object, and the angles between the base and the planes thus inclined are observed...."